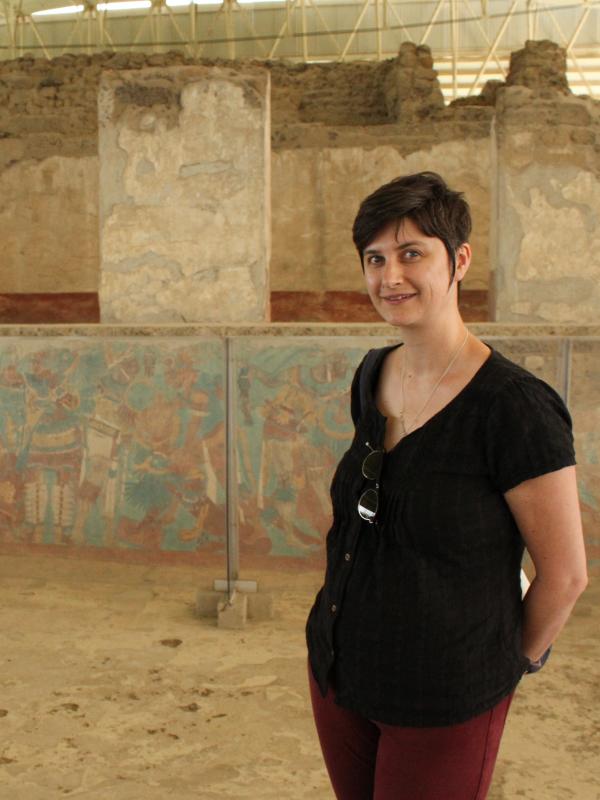 Area of Study: Indigenous arts of the Americas

With a background as a filmmaker, curator, and lens-based artist, Alanna S. Radlo-Dzur (she/her/hers) is currently a research specialist at the Getty Research Institute (GRI) and a doctoral candidate in the History of Art at Ohio State University. Her dissertation, The Invisible in Early Modern Nahua Art, considers the visual strategies employed by Nahuatl-speaking peoples of central Mexico to represent concepts that human eyes are normally unable to see. A second project developed from her masters thesis at the University of Chicago explores the history of collecting ancient art of the Americas centered on a case study of objects from the Gran Nicoya region on the Pacific coast of Nicaragua and Costa Rica. A recent article, The Tira of don Martín: A Living Nahua Chronicle (Latin American and Latinx Visual Culture 3.3, 2021), reevaluates an early colonial document’s alphabetic and visual texts to show the resilience of an Indigenous polity highlighting continuity in their leadership despite the socio-political and religious rupture of the European invasion. Her work with the Florentine Codex Initiative at the GRI and the K’acha Willaykuna Andean and Amazonian Indigenous Art and Humanities community at OSU each highlight her advocacy for language revitalization efforts and the creation of open-access projects that open archives to empower Indigenous communities.