For complete and accurate meeting days and times for courses of interest, and to register, please visit the Ohio State Master Course Schedule. The master schedule is maintained by University Registrar and includes information about courses offered across all of our campuses. While we make every effort to ensure that the information here is complete and correct, the Ohio State Master Course Schedule linked above is guaranteed to be the most accurate.

History of Art 2001D: History of Western Art I: Ancient and Medieval Worlds 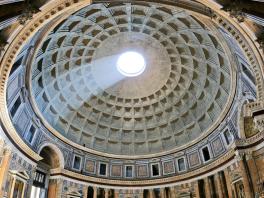 This course examines the history of Western Art (architecture, painting and sculpture) from the third millennium BCE through the fifteenth century CE. Rather than a complete “survey” of that period, the course will concentrate its attention on a select group of representative monuments. We will examine not only the monuments themselves, but also the historical context in which they were produced in order to explore their purpose and the way that they functioned. There will be a strong emphasis on visual analysis and understanding how visual forms convey meaning and relate to the viewer. Our goal is to impart not only a body of knowledge but also a set of critical tools, which you should be able to apply to even material not specifically covered in this course.

Prereq: Not open to students with credit for 201 or 210
This course is available for EM credit
GE VPA and historical study and diversity global studies course

This course examines the art of Europe and the United States from about 1400 to the present, with an emphasis on developments in painting. Rather than a traditional survey of that period, the course will concentrate on a select group of representative works that shaped—and were shaped by — Western social, political, economic, and intellectual history. There will be a strong emphasis, too, on questions of analysis and interpretation — including, in some cases, the changing history of the artworks’ reception. The goal will be to impart not only a body of knowledge but also a set of critical tools, including visual literacy, that students will be able to apply to a wide range of material not specifically covered in the course. 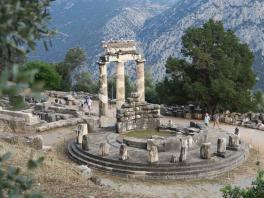 This course is concerned with the study of the Classical past through its material remains, especially, works of art – architecture, sculpture and painting. Indeed, the study of ancient Greek and Roman art has for centuries been embedded within the field of Classical Archaeology, for reasons that we will closely consider.

The term “Classical” here refers to the Greek and Roman cultures of the Mediterranean world beginning with the palace civilizations of the Aegean Bronze Age and extending through the third century of the Roman Empire (c.2000 BCE-3000 CE). The objective of the course is to familiarize the student with works of art from ancient Greece and Rome, as well as the major archaeological discoveries and controversies of the past two centuries. The selection of sites and monuments is not comprehensive but is intended to showcase important developments within the field, especially in cases where archaeology has provided evidence that challenges preconceived notions of Greek and Roman culture.

Prereq: Not open to students with credit for Clas 2301 or History 2210
GE cultures and ideas and historical study and diversity global studies course 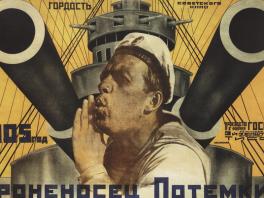 This course will introduce students to the history of film as an artistic medium and a global art form. We will track technological, aesthetic, and formal developments in its evolution from photographic and proto-cinematic technologies to digital cinema (roughly 1827-2001) by studying particular masterpieces, and focusing on the role of the director or auteur. We will pay close attention to the medium’s complex relationship to time, its changing materiality (and “medium specificity”), and its fraught relationship to truth and reality. Students will engage in a historical and formal study of international cinema through a chronological survey of its major forms, techniques, and its relationship to the broader history of art, as well as social and political history. We will sample its major and “minor” forms, from Hollywood productions to art gallery experiments and cinema from the developing world. Students will be introduced to the grammar of film through a historical account of its formal evolution and the stylistic analysis of the visual and narrative structures of individual films.