The Department mourns the death of Francis (Frank) L. Richardson

The Department mourns the death of Francis (Frank) L. Richardson 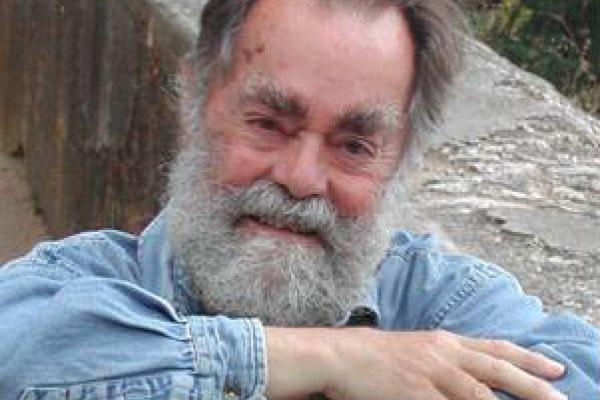 The History of Art Department mourns the death of Francis (Frank) L. Richardson, who died on Sunday, July 12, along with his beloved wife of 50 years, Kathleen Richardson.

Frank, who was born in the Philippines of missionary parents, grew up there and in New England. He received his undergraduate degree from Princeton University and his PhD from the Institute of Fine Arts at New York University. Already as a graduate student he was recognized for his exceptional perceptiveness and judgment as a connoisseur, as his wife, Kathy, noted in describing his candidacy exams.  She recounted how, ashen faced, he left the examination room to await the result.  When his advisor came to congratulate him, he was disbelieving, knowing that he had been unable to identify several of the works. As his advisor explained, this was unsurprising because a portion of the exam had been made up specifically of difficult attribution problems that the members of the committee had hoped Frank might be able to resolve for them.

Although Frank had wide-ranging interests and expertise in many areas, the primary focus of his research was in the art of the Italian Renaissance, particularly Venetian painting and drawing. His book Andrea Schiavone, published in 1980 in the prestigious series Oxford Studies in the History of Art, dispelled much confusion about this undervalued Venetian artist and, in the words of one reviewer, provided a “brilliant account of Schiavone’s stylistic development.” Moreover, in the process of presenting its authoritative account of the historical and artistic identity of Schiavone, the book established the artist’s signal contribution to the development of Venetian painting practices. The introductory essay for the exhibition catalogue, Splendors of the Renaissance in Venice: Andrea Schiavone among Parmigianino, Tintoretto and Titian (2015), includes sections on only two scholars: Bernard Berenson, the renowned connoisseur and founding figure of Italian Renaissance art history, and Francis Richardson. The former is cited as identifying the artist and compiling the first tentative list of Schiavone’s works, while the latter’s seminal contributions are examined in a section entitled: “L ‘Era’ Richardson.”

Frank was committed to exploring and experiencing the actual objects of his study and much other art as well. Multiple reviewers of Andrea Schiavone noted the author’s deep engagement with the paintings, described by one as demonstrating a “profound firsthand knowledge of and enthusiasm for the original works of art.” Another wrote: “Richardson is an inspired ‘looker’ and writes alluringly of color, texture, paint surface; he has not only given much thought to the process of painting but also to the problems of translating visual creation and visual perception into verbal structures.” These kinds of comments were also reflected in responses to his teaching. One student described Frank as a poetic art historian “who could capture with eloquence the beauty of a work of art.” Several others characterized his lectures as lyrical, and nearly all commented on the time he spent looking, emphasizing the need to “take in the formal properties of an image before ‘learning’ about its meaning or the artist’s place in history.”

The lyrical character of Frank’s lectures was undoubtedly connected to his identity as poet. His poems have been published in numerous poetry journals, in magazines such as The New Yorker, and in collections of his own work, Walking (2007) and What Remains and What Disappears (2017). He was also a revered member of the central Ohio poetry community, and was described by a fellow poet as a giant whose resonant voice will be remembered by all who were fortunate enough to hear it. In addition to these qualities, Frank was loved for his generosity of spirit and encouragement of others.

Even today, Frank’s students, like his fellow poets, remark upon his generosity and kindness. They repeatedly stress his patience and attentiveness as a listener and his ability to find whatever was of merit in their endeavors, to make them feel that their contribution was significant. One former student called him a saint, but immediately added that he had a great sense of humor too, something that all who came to know him appreciated. Frank’s considerate nature, his thoughtfulness, and his sensitivity to the needs and concerns of others was also much appreciated by his colleagues. Although quiet, Frank enjoyed social gatherings and getting together with students and colleagues, as did his wife Kathy. They hosted dinners at the end of each of his seminars and on numerous other occasions. Both Richardsons really appreciated good food and drink; Kathy was an amazing cook and Frank was as discerning about food as he was about art. When he provided colleagues with an itinerary to an Italian city, it included restaurants as well as churches, museums, and galleries.

They contributed enormously to the lives of those who knew them and will be deeply missed.

We extend our heartfelt sympathy to their son Jon and his family.