The Department Mourns the Loss of Professor Emeritus Howard Crane

The Department Mourns the Loss of Professor Emeritus Howard Crane 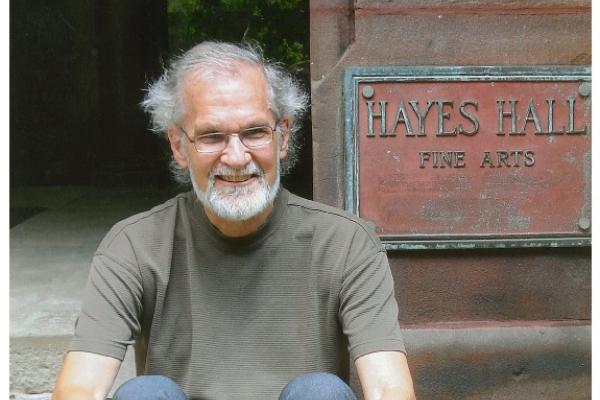 It is with great sadness that we share news of the passing of Professor Emeritus Howard Crane on Thursday, March 4, 2021, at the age of eighty. A renowned historian of Islamic art and architecture, a field archaeologist, and an Ottomanist, Howard Crane attended Antioch College and earned his B.A. from the Departments of History and English at Berea College (1964), and his M.A. (1971) and Ph.D. (1975) from the Department of Fine Arts at Harvard University. He served as the Department Chairperson from 1978 until 1983. Howard Crane’s work has appeared in numerous edited volumes, journals, and encyclopedias, including Urban Structures and Social Order: The Ottoman City and Its Parts (eds., Irene Bierman and Donald Preziosi, 1991), The Art of the Seljuqs in Iran and Anatolia (ed. Robert Hillenbrand, 1994), Encyclopedia Iranica, the Dictionary of Art, Encyclopedia of Garden and Landscape History of the Chicago Botanic Garden, The Cambridge History of Turkey, Muqarnas, International Journal of Islamic and Arabic Studies, Halı, Journal of the American Oriental Society, and the Journal of the Society of Architectural Historians, among others. His Medieval Ceramics from Gözlükule, Tarsus was a product of his fieldwork in Tarsus, Turkey, which began in 2002 and helped bolster Boğaziçi University’s nascent project on Medieval Anatolian archaeology. His monographs Risāle-i Miʻmāriyye: An Early Seventeenth-Century Ottoman Treatise on Architecture (1987), The Garden of the Mosques: Hafiz Hüseyin al-Ayvansarayî’s Guide to the Muslim Monuments of Ottoman Istanbul (2000), and Sinan’s Autobiographies: Five Sixteenth-Century Texts (with Esra Akın and Gülru Necipoğlu, 2006) have become reference books on Ottoman architectural history, attesting to Howard Crane’s vast knowledge of the field and prowess in the art of textual analysis.

In addition to his wife Meral, children Dushka and Nick, grandchildren Miranda Alexandra Ross, Katherine Crane Ross, and Averil Aida Pearson-Crane, sister Nathalia Crane Sudnik, and brother Thomas Crane, Howard Crane leaves behind a large family of colleagues, students, and friends who over the past decades have savored his wisdom on a wide range of topics beyond art history, including human life, poetry, politics, and history. A true humanist with an intricate mind shaped by historical consciousness, Howard interacted with those around him and assessed life’s events with great sensitivity and with the belief that humans do not sprout from the void but are born into and move about in particular times, circumstances, and environments that shape them. In conversations with his students, he would often remind them of the importance of maintaining a balance between professional and personal life and of distinguishing passion from obsession. Selfless and generous, Howard took great delight in hearing news of his students’ and colleagues’ academic and personal successes. A meticulous scholar, a dedicated mentor, a loving husband, compassionate father, brother, brother-in-law, uncle, grandfather, and a dear friend to so many, Howard made an indelible impact on those who knew him with his benevolence, grace, modesty, empathy, encyclopedic memory, critical mind, and boundless love of learning. He will be remembered with immense love, respect, and gratitude.