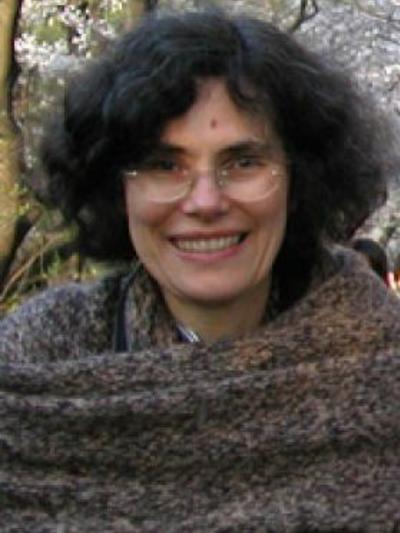 Julia F. Andrews, a specialist in Chinese art, was the first American art historian to conduct dissertation research in China after formal establishment of US-China relations in 1979.  Her first book, Painters and Politics in the People's Republic of China, 1949-1979 (University of California Press,1994), which she wrote during her early years at Ohio State, won the Joseph Levenson Prize of the Association for Asian Studies (AAS) for the best book of the year on modern China.  Her more recent book, Art of Modern China (co-authored with Kuiyi Shen), published by the University of California Press, 2012, received the biennial Humanities Book Prize of the International Convention of Asia Scholars (ICAS) in 2013.

In addition to teaching and writing, from time to time she curates an exhibition, and frequently contributes to exhibition catalogues.  Most recently she co-curated Light Before Dawn: Unofficial Chinese Art, 1974-1985, at the Asia Society, Hong Kong Center (May 15-Sept. 1, 2013).  She conceived one of the first American exhibitions of contemporary Chinese art, Fragmented Memory: The Chinese Avant-Garde in Exile, at OSU's Wexner Center for the Arts in 1993, and the Guggenheim Museum's ground-breaking 1998 exhibition, A Century in Crisis: Modernity and Tradition in the Art of Twentieth Century China, shown in New York and Bilbao.

In addition, she has recently been involved in collaborative web-supported projects, including “A New Approach to the Popular Press in China: Gender and Cultural Production, 1904-1937,” and “Picturing Utopia: the Iconography of Socialist Realism.”

She teaches undergraduate courses on Chinese and Japanese art and has led several study abroad programs in China. Her graduate seminars often focus on topics in Chinese painting or modern Chinese art; her graduate students’ theses span topics in the arts of China, Taiwan, and Japan from the seventeenth through the twentieth centuries.

Professor Andrews will not be accepting PhD applicants for the 2023-2024 academic year.