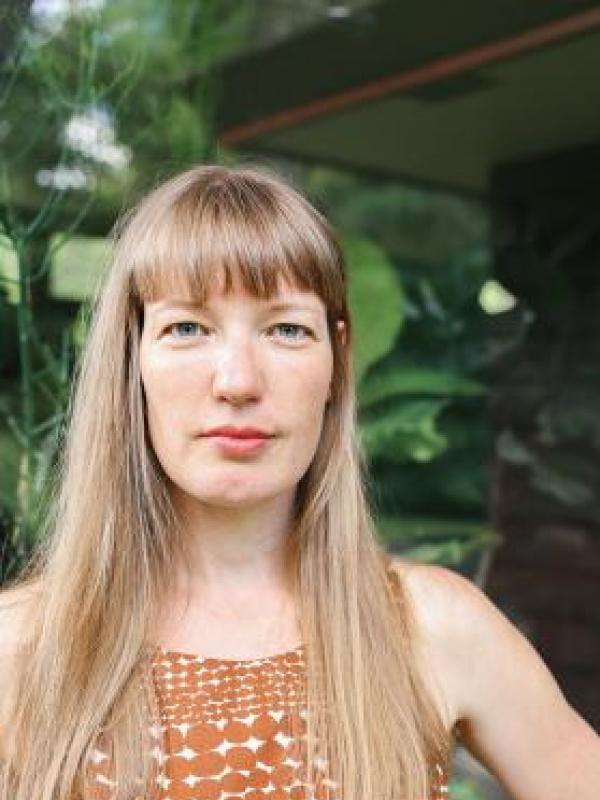 Kris Paulsen is a specialist in contemporary art, with a focus on time-based and computational media. Her first book, Here/There: Telepresence, Touch, and Art at the Interface (MIT Press, 2017), received the 2018 Anne Friedberg Award for Innovative Scholarship from the Society for Cinema and Media Studies (SCMS). Her work traces the intersections of art and engineering, with a particular emphasis on telepresence, virtuality, and Artificial Intelligence. Her current book project, Future Artifacts, examines how contemporary artists strategically deploy the emergent technologies and science-fiction fantasies that fuel capitalist speculation to redress Silicon Valley’s techno-utopian promises. She argues that artists such as Sondra Perry, Trevor Paglen, Stephanie Dinkins, Zach Blas, and Sarah Rosalena create hybrids of new and old media that foresee the possible outcomes of proposed “technological fixes” to what may be more than simply technological problems: the rise of AI, the automation of labor, pervasive surveillance of our virtual and embodied lives, and the increasingly uninhabitable Earth.

Essays on topics such as experimental television and early video art, Artificial Intelligence, automation, 1990s Net Art, photographic theory, network aesthetics, and curatorial studies have appeared in numerous journals, books, and exhibition catalogs. Links to these works can be found on her website, www.kpaulsen.com, and on at https://osu.academia.edu/KrisPaulsen.

Dr. Paulsen is the recipient of The Ronald and Deborah Ratner Distinguished Teaching Award (2017-2018) and The Rodica C. Botoman Award for Distinguished Teaching and Mentoring (2015-2016). She has spearheaded innovative teaching projects at Ohio State, such as developing History of Art’s curriculum for the Contemporary Art and Curatorial Practice program and establishing a long-term collaboration with the Columbus Museum of Art to enable classes to curate exhibitions from the collection. In 2018, her students wrote and published more than 100 short essays for the 2018 FRONT Triennial catalog, and she is currently working with her students on an exhibition to open at the Columbus Museum of Art in 2023. From 2012 to 2016 she was co-director of The Center for Ongoing Research & Projects, an experimental art space in Columbus, OH